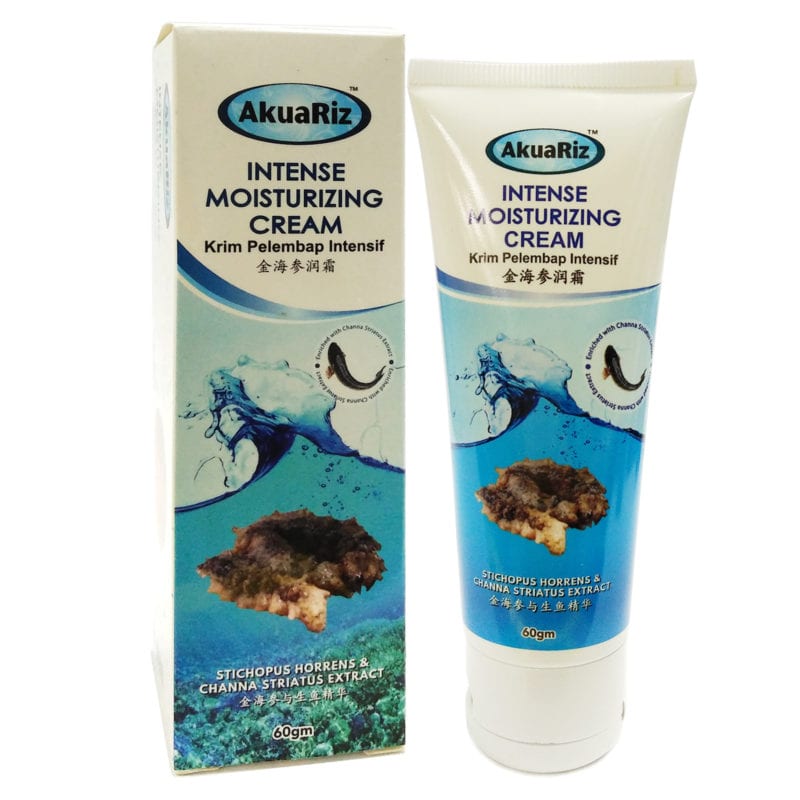 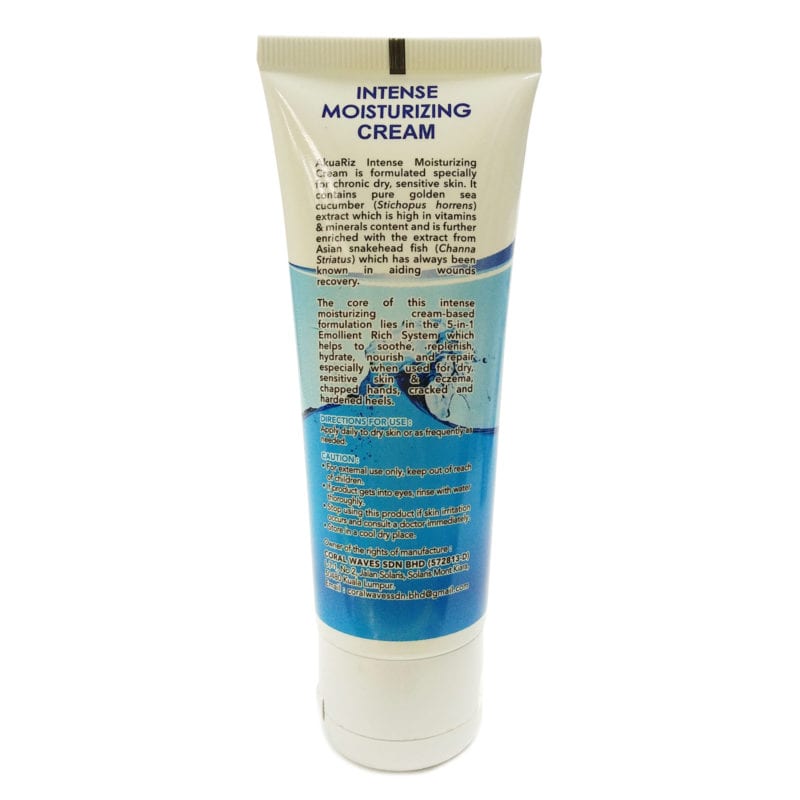 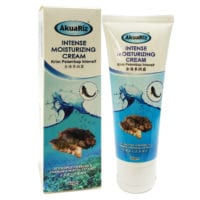 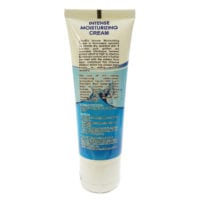 Extensive studies were carried out spanning over 3 decades of in-depth research on gamat & ikan haruan extract by none other than Professor Dato’ Dr. Ridzwan Hashim & Professor Abdul Manan Mat Jais respectively, has resulted in the commercialization of this unique multi-purpose cream which works very well for dry & sensitive skin, and for treating various skin conditions.

PRODUCT DETAILS:
AkuaRiz ® Intense Moisturizing Cream for problem skin The snakehead fish extract found in AkuaRiz ® is the result of the pioneering work of Professor Abdul Manan Mat Jais who had spent 3 decades in research & development to uncover the health benefitting properties of this remarkable medicinal ingredient.

Research studies carried out by Professor Abdul Manan Mat Jais & his team have shown that the snakehead fish extract is actually good for treating various skin conditions, in particular on eczema & psoriasis. Until now, there is no cure for eczema, and the root cause of this skin condition remains unknown, it is prevalent especially among children and the adolescent age group is on the increase. It is estimated that 3% of total population in every country globally is suffering atopic eczema.

The combination also imparts good moisturizing effect due to the richness of its free fatty acids content thus making the cream suitable for use on dry & sensitive skin, in particular for chapped hands, cracked heel & bed sore.

There are no contributions yet.